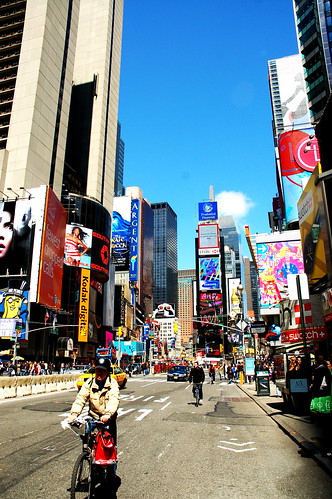 Despite the dangers, biking is New York City’s “fastest growing mode of transportation,” says City Transportation Commissioner Janette Sadik-Khan, who herself bikes to work in lower Manhattan, about a mile from her Greenwich Village home.

The number of cyclists has jumped by 80 percent in the past decade — to 185,000 among the more than 8 million city denizens.

[SOURCE: Newsday – Biking ‘fastest growing’ way to get around NYC]