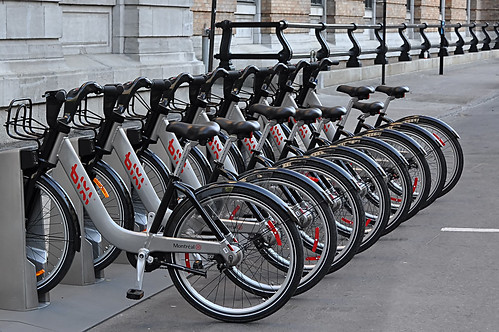 Both London and Boston announced this week that they will be installing a share bicycle scheme using the Bixi system that is used and made in Montreal.

The London (UK) scheme will be run by Serco for a cost of 140 million pounds over 6 years. The system will incorporate 400 docking stations across a 44 square kilometre travel zone.

On the same day the city of Boston announced that they were in negotiations with Public Bike System Co. – the makers of the Bixi system to install 290 stations and 2,500 bikes across the city by next summer.

Currently the manufacturer is working on solutions to the current issue in Montreal reported by La Presse in July that one in five bicycles have been vandalised.