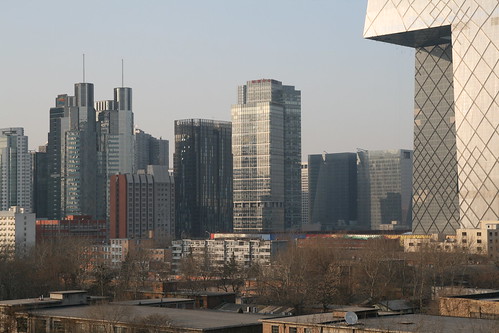 Beijing City government has placed seven alternative design for the Beijing CBD public display. Beginning yesterday they were opened for public comment as apart of a six-day CBD International Business Festival.  A plan will be selected by the end of this year for planning and implementation.

The masterplans were submitted by the SOM, KFP, ADPi, China Academy of Urban Planning & Design, along with three design firms.

The plans calls for a 3 square kilometre expansion of the CBD which  doubles the size of the current Beijing CBD. The city government has requested that all new buildings in the new area have a low carbon footprint.

The expansion includes the area from East Third Ring Road near Guomao to the Fourth Ring Road near Sihui Bridge, and will be completed in the next six to eight years. The existing CBD took ten years to complete.

via China Daily – Beijing CBD expansion plan to be chosen this year.